Introduction to the principle of transparent LED display

The transparent LED display screen is a very cool device. Due to its unique light transmittance, when the screen is displayed, the scene behind it can also be seen through the screen. Therefore, it has received the love of many consumers. Let’s first understand the reasons for its popularity, and then talk about some of its working principles.

The reason why transparent displays are popular

It can be seen that more and more manufacturers are committed to the research and development of transparent display products. So what are the advantages that attract so many manufacturers to develop, and why are so many users keen on it? I think it’s not just because this type of equipment is cool and dazzling. , Very gorgeous, more because the transparent display device is thin, easy to carry, can also support 3D display technology, and has low energy consumption, which is conducive to environmental protection and energy saving. 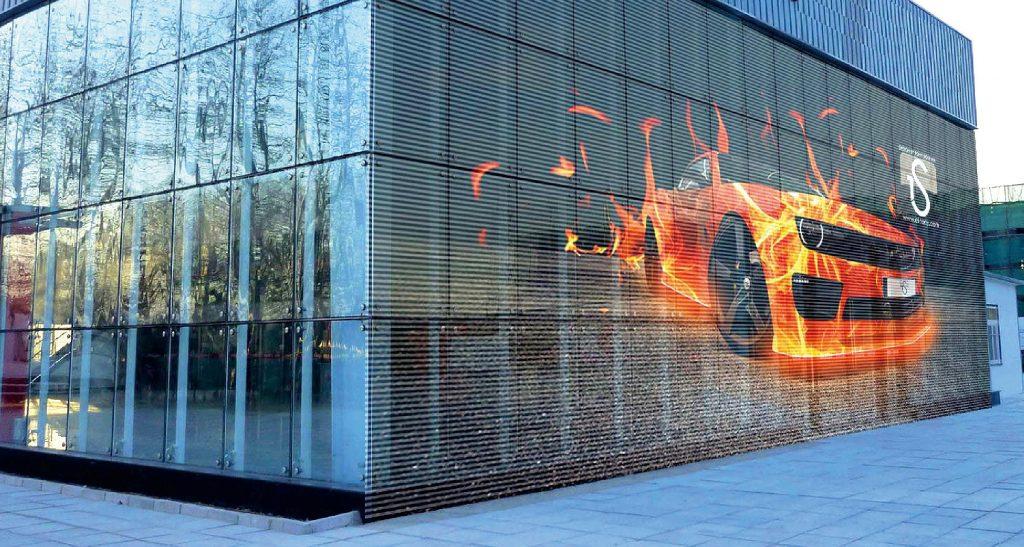 Introduction to the principle of transparent LED display

Transparent LED display is an improved product based on the principle of LED display. It uses layered structure of LED lamp beads to display content. The LED is composed of two glass plates with a thickness of about 1 mm, separated by a uniform interval of 5 μm containing liquid crystal material. Because the liquid crystal material itself does not emit light, there are lamp tubes as light sources on both sides of the display screen, and there is a backlight plate (or even light plate) and reflective film on the back of the liquid crystal display screen. The backlight plate is composed of fluorescent materials. Can emit light, its main function is to provide a uniform background light source.

In this way, people finally control the light and dark changes through the control of the electric field, so as to achieve the purpose of displaying images. The polarizer is a kind of soft and thin material. If there are scratches, punctures, abrasions, it will not work in production, so be careful when using it, even if it breaks a little bit, it will not affect the overall display. It works, but it doesn’t look so comfortable on the outside, so don’t deliberately perform harmful actions such as pressing, scratching, or stab.

We know the principle of light transmission of transparent LCD screens, but where does the light come from? Because the liquid crystal material itself does not emit light, there are lamps as light sources on both sides of the screen, and there is a piece on the back of the LCD screen. The backlight plate and the reflective film. The backlight plate is composed of fluorescent material, which can emit light, and its function is mainly to provide a uniform background light source.

Simply put, the basic principle of transparent LED display is to change the brightness of the LED lamp and the arrangement of the molecules inside the liquid crystal material through the voltage, so as to achieve the purpose of shading and transmitting light to display different shades, and the color is well-spaced. Images, and as long as a three-color filter layer is added between the two plates, the network and multimedia technology can be interconnected, and information can be published in the form of media. The bright transparent display screen can be displayed at the same time.

How much does an LED wall cost?

LED floor tile screen installation method demonstration As a digital floor display product, the LED floor tile screen adopts a durable die-casting composite structure and a high wear-resistant resin mask, so that it can be directly stepped on the ground. The overall airtight design is adopted and it has obtained