With the rapid development of my country’s display industry, the global display industry structure has undergone major changes. At present, the LCD industry is mainly concentrated in China, Japan, and South Korea. With the release of the new production capacity of mainland panel manufacturers, mainland China will become the world’s largest LCD production area shortly. So, what are the top ten LCD manufacturers in the world, and how do they rank? 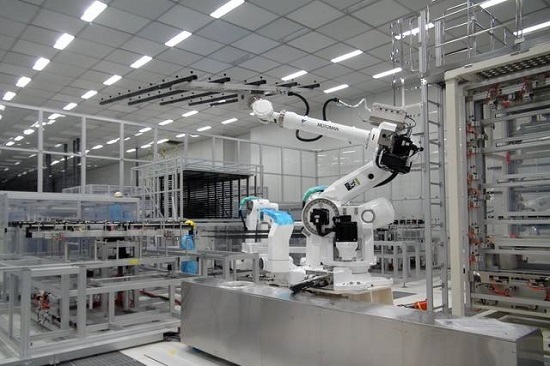 Innolux is a professional TFT-LCD panel manufacturing company founded by Foxconn Technology Group in 2003. The factory is located in Shenzhen Longhua Foxconn Technology Park, with an initial investment of RMB 10 billion. Innolux has a strong display technology research and development team, coupled with Foxconn’s strong manufacturing capabilities, and effectively exerts the benefits of vertical integration, which will make a significant contribution to improving the level of the world’s flat-panel display industry.

Innolux conducts production and sales operations in a one-stop manner and provides overall solutions for group system customers. Innolux attaches great importance to the research and development of new products. Star products such as mobile phones, portable and car-mounted DVDs, digital cameras, game consoles, and PDA LCD screens have been put into mass production, and they have quickly seized the market to win market opportunities. Several patents have been obtained.

AU Optronics was formerly known as Daqi Technology and was established in August 1996. In 2001, it merged with Lianyou Optoelectronics and changed its name to AU Optronics. In 2006, it acquired Guanghui Electronics again. After the merger, AUO has a complete production line for all generations of large, medium, and small LCD panels. AU Optronics is also the world’s first TFT-LCD design, manufacturing, and R&D company to be publicly listed on the New York Stock Exchange (NYSE). AU Optronics took the lead in introducing an energy management platform and was the first manufacturer in the world to obtain ISO50001 energy management system certification and ISO14045 eco-efficiency assessment product system verification, and was selected as the Dow Jones Sustainability World in 2010/2011 and 2011/2012. Index constituent stocks set an important milestone for the industry.

Sharp is known as the “Father of LCD Panels.” Since its establishment in 1912, Sharp Corporation has developed the world’s first calculator and liquid crystal display, represented by the invention of the live pencil, which is the origin of the current company’s name. At the same time, Sharp is actively expanding into new areas to improve the living standards of human beings and society. Contribute to progress.

The company aims to “create a unique company in the 21st-century life” through its unparalleled “ingenuity” and “advancedness” that transcends the times. As a sales company operating video, home appliances, mobile phones, and information products, it is located in major cities across the country. The establishment of business points and a complete after-sales service network have met the needs of consumers. Sharp has been acquired by Hon Hai.

Established in 1971, Chunghwa Picture Tubes is committed to the development of display technology. Continuous innovative design and research and development have introduced high-quality innovative products to meet human needs for visual enjoyment.

Chunghwa Picture Tubes has rich experience in R&D and mass production of video products, combined with advantageous technologies such as wide viewing angles, fast response, and high color saturation, and constantly launches new products, improves product quality and service standards, and exerts “creative innovation, the pursuit of perfection, and unity” The business philosophy of “cooperation” is dedicated to the research and development of a full range of products ranging from small to large sizes, and actively strives to innovate in all-round optoelectronic technology, becoming a leader in the video industry.

Toshiba is a well-known multinational enterprise group with a history of 130 years, with a wide range of business, involving social infrastructure construction, household appliances, digital products, electronic components, and other business fields, covering almost all aspects of production and life. Toshiba has the largest R&D institution in Japan. Through unremitting innovation and development, Toshiba has always been at the forefront of world science and technology. From launching Japan’s first washing machines, refrigerators, and other household appliances, to developing the world’s first notebook computer, the first 16MB flash memory, the world’s smallest 0.85-inch HDD; creating advanced HDDVD technology; researching and manufacturing new SED displays, Toshiba has created many “world firsts” and has contributed to changing people’s lives through continuous technological innovation. Recently, Toshiba is gradually withdrawing from the home appliances and electronic product markets and developing into industries with higher technological content.

Tianma Microelectronics was established in 1983 and listed on the Shenzhen Stock Exchange in 1995. It is an innovative technology company that provides display solutions and fast service support for global customers.

The company independently masters leading technologies including LTPS-TFT, AMOLED, flexible display, Oxide-TFT, 3D display, transparent display, and IN-CELL/ON-CELL integrated touch control. The company has a national engineering laboratory for TFT-LCD key materials and technology, a national-level enterprise technology center, a post-doctoral mobile workstation, and undertakes many major national-level special projects such as the National Development and Reform Commission, the Ministry of Science and Technology, and the Ministry of Industry and Information Technology. The company’s strong technology and scientific research capabilities have become the cornerstone of the company’s sustainable development.

Kyocera Corporation was established in 1959 as a manufacturer of technical ceramics. Technical ceramics refers to a series of advanced materials with unique physical, chemical, and electronic properties. Today, most of Kyocera’s products are related to telecommunications, including semiconductor components, radiofrequency and microwave product packages, passive electronic components, wireless mobile phones and network equipment, crystal oscillators and connectors, and optoelectronic products used in optoelectronic communication networks.

NextWhy can the small-pitch LED display to lead the trend?Next
Hola LED

What is the difference between TFT LCD screen, OLED screen and Micro LED?

Which LED displays are usually used in bars?