Unlike traditional LED displays, Transparent LED Display is a micro-innovation, from SMT manufacturing process, led encapsulation, control systems which have been targeted improvements, and coupled with the hollow design of the structure, reducing the structural member block the line of sight, so that to maximize the perspective effect and meet with the end customer’s requirement that would like to maintain the visibility behind the LED display.

Nowadays, many malls and shops want to show off inside their venues to demonstrate their products and brand awareness and get passers-by involved in a new shopping experience. There is no doubt that a transparent LED display is a perfect option.

Advantage of Our Transparent LED Display

From 60% to 90% transparency rate could keep the internal natural lighting and viewing.

Only 10mm thickness of pcb board and 12kg/sqm light weight make easy to install transparent led screen in small space.

Require replacement of single modules without taking entire led panel—all in one design, easy to do front and back maintenance. 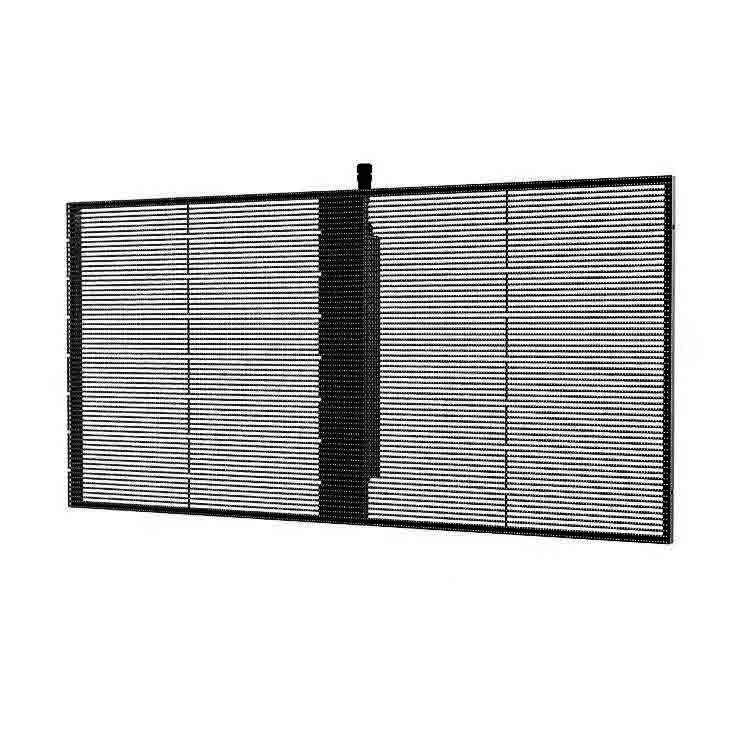 Outdoor Transparent LED Display has the advantages of high transparency, high protection level, light weight, easy installation and maintenance, etc. Specially designed for outdoor using, and can be quickly assembled and disassembled to meet the needs of various application scenes. 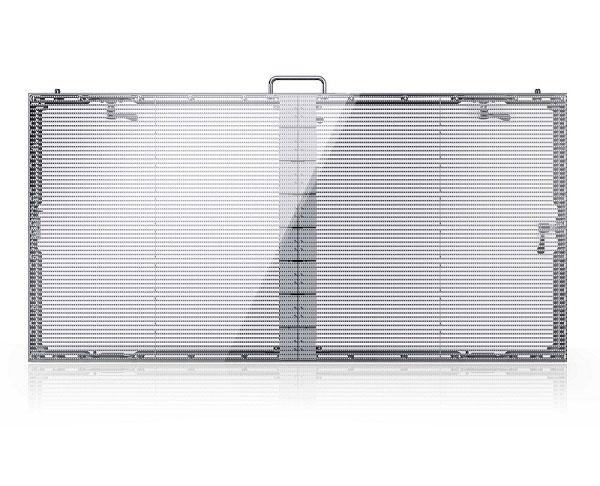 Transparent LED Video Wall Display is an adhesive LED Display that can be isntalled on both new and existing transparent surfaces, or hung as a decorative digital feature. This product is the perfect solution for breathing new life into glass facades, show rooms, exhibitions, shopping malls, museums, retail advertising, 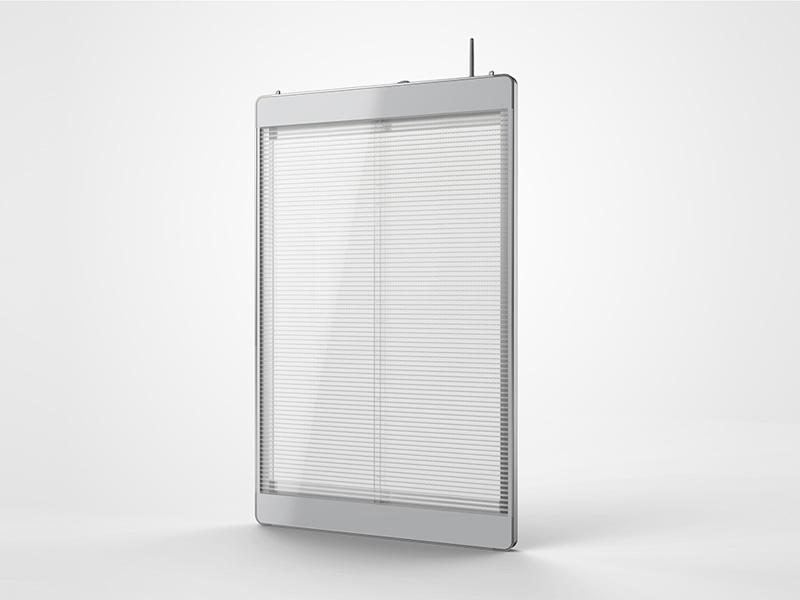 Introduction to the application areas of transparent LED display

With the continuous expansion of the application field of LED display, the products of LED display are also developing in a diversified direction. As a rising star in the LED display industry, the transparent LED display has begun to exert its strength in the application of glass curtain wall advertising, stage display and new retail with the advantages of thinness, high transparency, convenient installation and maintenance, etc., and is entering the market with an eye-catching attitude. our vision.

1.The field of glass curtain wall has considerable prospects

With the acceleration of urban construction, building materials for glass curtain walls have also become popular. Like the glass curtain wall of an automobile 4S store, installing a transparent LED screen can not only achieve the best transparency effect, but also ensure that the interior design of the store is not affected.

In the case of limited glass area, the maximum screen resolution is achieved, and the transparent effect of the glass curtain wall is ensured. Viewing from indoor or outdoor, it will not block the openness of the line of sight, making the automobile 4S shop more advanced in technology. . According to statistics, the total area of modern glass curtain walls in Chinese cities exceeds 100 million square meters, which is a huge potential market for outdoor media advertising.

LED transparent screens are used to decorate glass curtain wall buildings, especially in large shopping malls, technology-based enterprises and other places. The LED transparent screen applied to the glass curtain wall not only has no sense of disobedience, but also adds a special beauty to urban buildings because of its fashion, beauty, modernity and scientific and technological atmosphere. 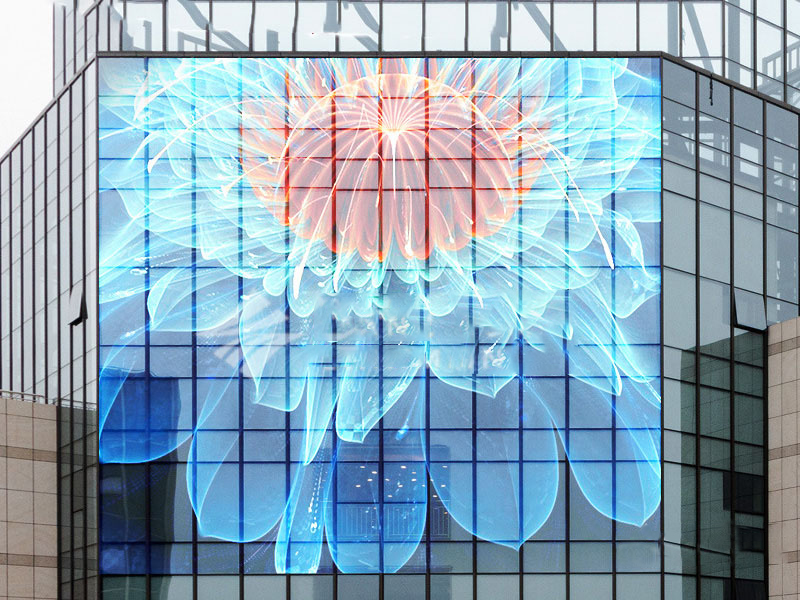 With the rise of the concept of “new retail”, transparent LED displays play an important role in commercial retail window, interior decoration and other fields, bringing great changes to new retail. Store window display is an important means of product display and promotion in retail stores.

The LED transparent screen has many advantages, such as convenient installation, high transparency, light and beautiful appearance, which perfectly solves the problem of video display in the window of the retail industry, enriches the advertising style, and makes the advertising design very attractive.

The emergence of new retail will inevitably promote the development of the commercial display market, and at the same time, it will also create a certain incremental market for LED displays. There is no doubt that LED transparent screen is a dark horse in the field of LED display subdivision, and its wide application is accepted by more and more users.

3.The stage beauty shows many highlights and excellent transparency

The national cultural performing arts and entertainment activities are showing rapid growth, and the demand for LED displays in various cultural evenings and concerts is increasing day by day. Conventional LED rental screen has mature technology in space and lifting and moving, but its layout has many restrictions on lighting design, and the location for lighting installation is extremely limited, lacking atmosphere and ambient light on the stage, and the stage lacks the atmosphere of the scene , it is difficult to present a perfect stage effect. 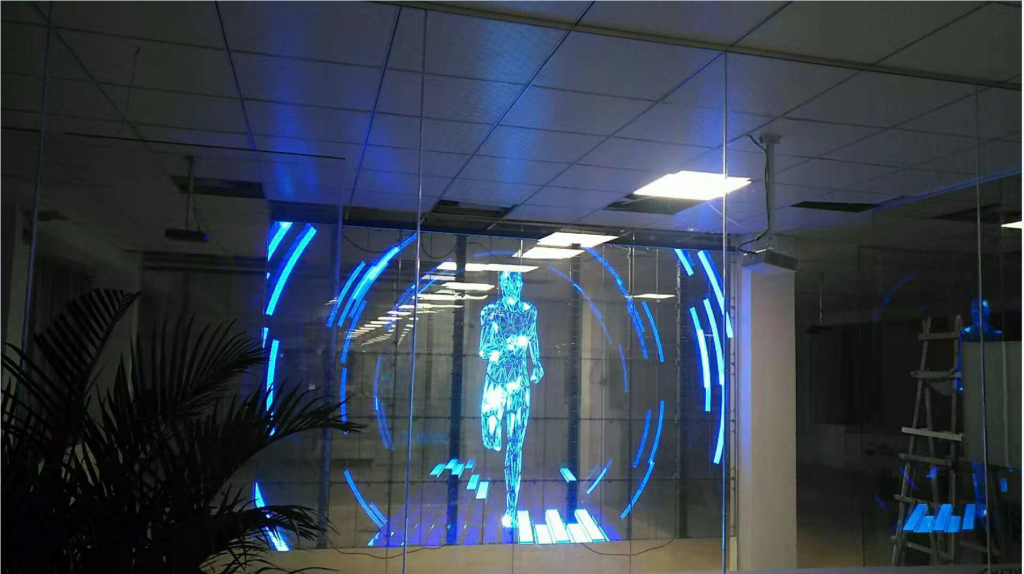 Transparent LED displays greatly make up for the shortcomings of traditional LED displays. In addition to not having the bulky and thick appearance of conventional LED rental screens, LED transparent screens can be constructed according to the various stage shapes, using the screen itself to be transparent and colorful to produce a strong perspective effect, making the depth of field of the entire screen longer.

The market is on the sidelines and waiting to explode

The transparent LED display has not developed for a long time. Some leaders said: “It has been 9 years since 2012. The real development time is 2017, and some large-scale classic cases have been started in the industry. From 2017 to 2020 , the market size has expanded from 400 million yuan to 2 billion yuan. Compared with small-pitch screens, rental screens and other market fields, the market size is weak, and there are not many related projects, and most of them are concentrated in first-tier cities such as Beijing and Guangzhou.”

The promotion of LED transparent screens is far from enough. In many places, it is the first time to hear about this product, and the market in many regions has not been opened. Due to concerns about product stability and maturity, many customers are in a wait-and-see state, waiting for the time to come. With the continuous implementation of projects and good market feedback, the wait-and-see situation will be broken, and the market will usher in an explosion.

On the other hand, compared with conventional screens, LED transparent screens have no price advantage. The main reason is that there are many customized projects, which are time-consuming and labor-intensive in R&D and production. For example, in terms of production, manufacturers generally do not prepare inventory, and wait until there are projects to produce, and the production cycle is long.

1. Stage stage beauty: The transparent LED display adopts SMD technology of surface mount devices. The shape design is not limited by the box structure, and can be diversified according to the stage shape. Using the transparency and lightness of the LED display body, the depth of field of the overall picture becomes longer, which is conducive to the rendering of the stage effect and the conduction of the atmosphere, and perfectly expresses the theme of the stage. 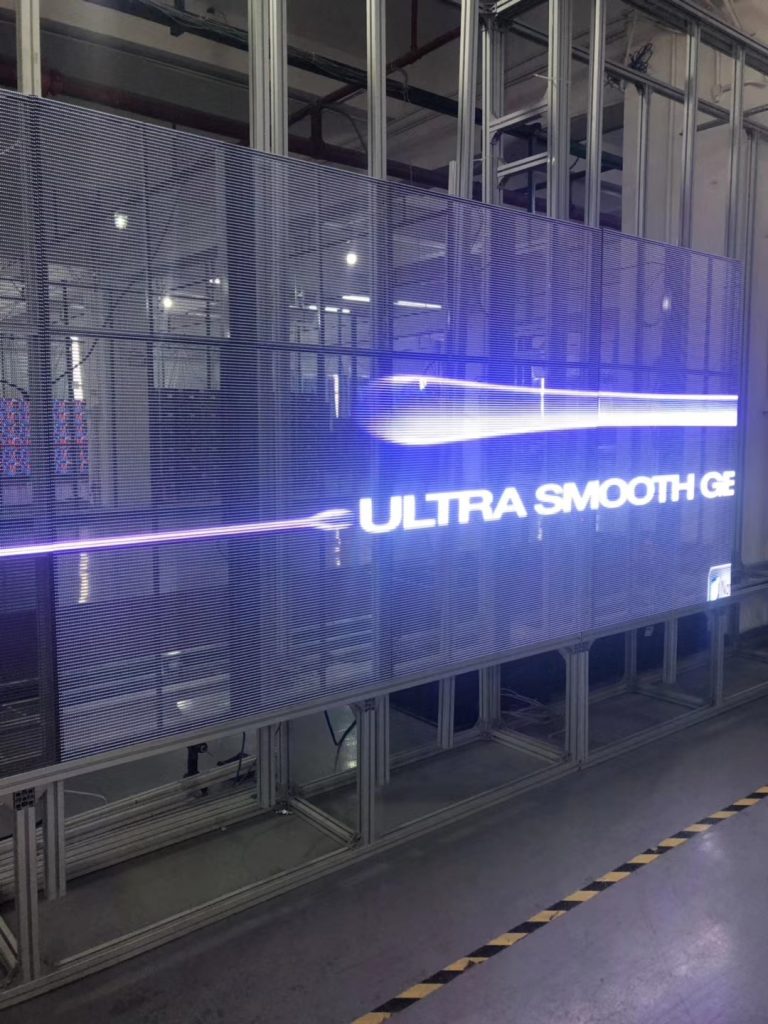 2. Large shopping malls: The transparent screen full of technology is undoubtedly a weapon for advertising activities. The interactive combination of modern art and storefront forms can effectively attract the attention of consumers and increase the audience rate of advertisements, thereby increasing customer traffic and making advertisements attractive.

3. Glass window: As long as there is glass, transparent LED display equipment can be installed. Installation is quick and easy. It can be installed and designed in architecture, interior decoration, glazing and more, revolutionizing retailers.

4. Architectural media: The development of architectural media in recent years, especially the deactivation of glass curtain wall buildings, the emergence of LED light bar screens, LED transparent sky curtains and other designs, has become a unique display solution that businesses like.

5. Science and technology places: customized special-shaped transparent LED display provides people with high-tech effects in appearance and visual experience, and perceives the fantasy and mystery of technology through the screen.

It is believed that with the continuous maturity and improvement of LED display technology, LED display products will be more abundant, effectively improving market applications, and transparent LED displays will also be applied to more fields, changing people’s daily lives, giving people a sense of technology. Display of results..