LED|OLED|ULED|QLED technology comparison Who has the advantage?

In recent years, display technology has developed faster and faster, and various new concepts have also hit like a flood. LED, OLED, ULED, QLED, the most troublesome than these various LED concepts, merchants The description is also confusing for consumers. Let’s take a look at the difference between different LED displays.

So many “X”-LEDs, can you tell them clearly?

There are two types of LCD TVs in daily life: LCD and LED. Let’s focus on LCD TVs that use LEDs.

The LED backlight technology has been used for many years, but its heavy features can no longer meet the needs of today’s consumers. In order to be able to stand out, major manufacturers are also “the eight immortals cross the sea, each show their magic”, research and development of various display technologies, and added letters in front of the LED to distinguish them, so as to put a specific label for their high-end TV. For example, Samsung’s QLED, LG’s OLED, and Hisense’s ULED look similar, but they are completely different technologies.

ULED is a display quality technology launched by Hisense. It adopts multi-zone independent backlight control and HiView image engine technology. It is stronger than LED in contrast and color gamut. It uses 2 times more backlight sources than ordinary LED screens, and The screen is accurately divided into 576 areas to achieve finer picture quality adjustment, but in fact ULED is also LED technology.

ULED’s screen display technology can be said to be the best technology of Hisense manufacturers. Hisense’s ULED TVs do perform very well in picture quality, even comparable to OLED TVs, but their strength in the layout of the manufacturer is weak, like singing a one-man show. Conducive to the development of technology.

QLED is an LED TV equipped with quantum dot technology. The QLED TV that combines quantum dots and LEDs has amazing color performance. Quantum dots are an emerging luminescent material. They do not directly emit the colors we see. Instead, they disperse the LED backlight and act as a filter in an LED panel.

OLED refers to organic light-emitting diodes. The display screen of this kind of TV is made of organic materials that can emit light by itself. Each pixel can emit light by itself, and no backlight is needed. The display itself is the backlight. Using very thin organic materials, the organic materials will emit light when the current passes through, and in the case of black display, the OLED will not emit light at all, so the black will be more pure in the TV with the OLED screen, and it can also significantly save power. In addition to LCD TVs, there are also a large number of applications in the field of mobile phones. 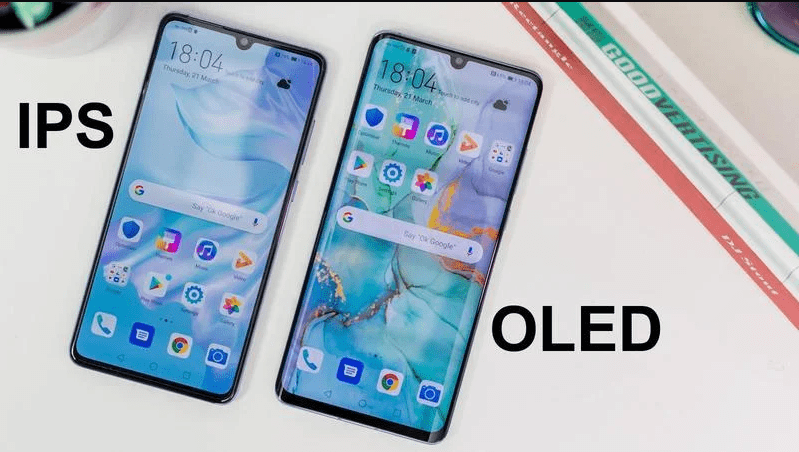 Mobile Phones Made of OLED Materials

After reading the general content of these display technologies, let’s briefly summarize the advantages of the three display quality technologies: LED, OLED, ULED, and QLED.

Introduction to the advantages of LED, OLED, ULED, QLED

our actual observation It is found that QLED and ULED are richer in color display, and the colors are more pure. U uses backlight + color filter film, and Q uses quantum dot technology, which have natural advantages in color display.

The performance of several other products under excessively high brightness is not satisfactory. Only the LED still maintains excellent picture quality display under high brightness. At present, the highest brightness of LED can reach 4000nit, which is much higher than other LEDs of the same type.

In the actual test, it can be clearly seen that the black of OLED is more pure. There is no doubt that OLED can not emit light at all when displaying black, and ULED can almost reach the level of OLED. In contrast, although QLED has local light control technology, it still cannot control each pixel well.

When watching sports events or Hollywood blockbusters, the high refresh rate can better enjoy the various shocking effects in the film, and will not produce smearing and blurry pictures due to slow TV response. After receiving the signal, the liquid crystal molecules of the QLED need a mechanical rotation process, while the OLED only needs to turn on and off the corresponding pixel after receiving the electrical signal.

Who will be the final winner?

After reading so many comparisons, the “X” of major manufacturers-LEDs can be said to be indistinguishable. Some are indeed innovations in luminescent materials and lighting methods, and some are only conceptually. Definition. In display technology, various manufacturers have different implementation methods, no one is omnipotent, and there is always a certain complementary relationship. It is too early to talk about who is the real winner.

For consumers, “only buy the right ones, not the expensive ones” is the eternal truth, and consumers will only pay for the cost-effective products. Who can quickly improve technology and reduce costs, who can become the ultimate winner

What are the 5 common faults of LED display screen and maintenance skills?

What problems may be faced by LED display screens produced by inferior LED display manufacturers?

With the rapid development of the automobile market in recent years, more and more green-brand cars can be seen on the road. These green-brand pure electric cars are jokingly called “electric fathers” by netizens. The reason for this title is that the car is originally an improved product that improves

With the rapid development of the information industry, LED display has the advantages of high luminous efficiency, long service life, flexible configuration, bright colors, and strong adaptability to indoor and outdoor environments. It has become a bright spot in the modern information society. Sign. In recent years, LED displays have

How much does a LED screen cost?

When we buy something, we get used to asking the price, LED display is no exception. So How much does a LED screen cost?Let’s take a look. For display manufacturers and even the entire supply chain, the price of IC chips needs to be paid attention to at any time.