Can the transparent LED display be interactive?

Nowadays, the LED display is gradually expanding in the commercial display market. In many commercial fields, it can be widely seen that the LED transparent display shows different advertising effects in each field, but if I tell you that the transparent LED display can be carried out Interaction, will you be surprised!

In some daily application scenarios, we should have seen a lot of LED interactive floor tiles screens are used in video game cities, shopping malls, tourist places, etc., but few people know that LED transparent display screens can also be interactive. 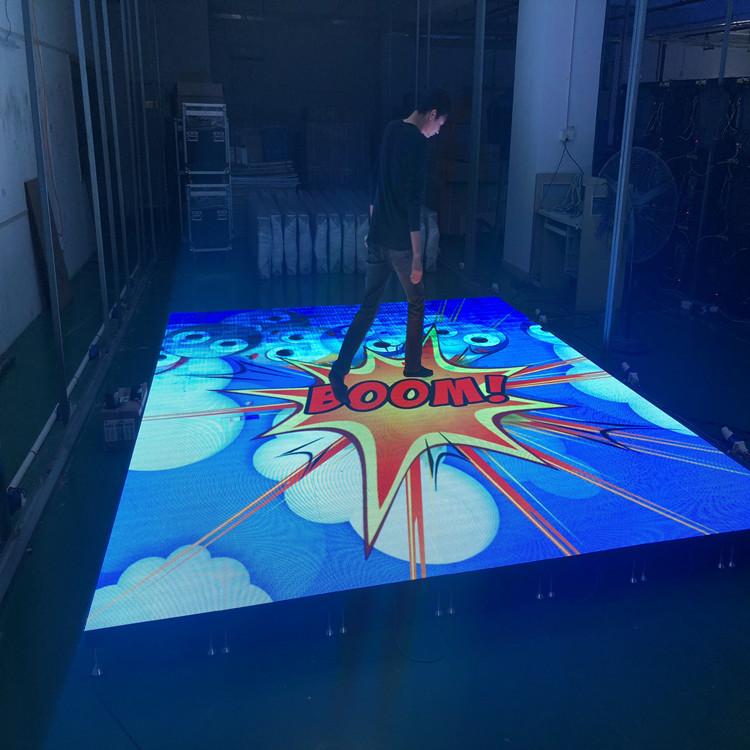 The interactive effect principle of the transparent display screen is similar to that of the built-in chip interactive LED floor tile screen, that is, the sensor chip is embedded in the LED module, and the distribution is carried out according to the line and the average rule, with the infrared radar sensor chip passing through the inside of the screen. The patrol signal of passing objects is transmitted back to the control center of the screen, and then the screen will display the effect on the screen according to the returned signal trajectory, so as to achieve the interactive effects of some commonly used materials, such as fish and water interaction, forest walks, etc.

The transparent LED display screen realizes human-screen interaction in the interactive link, which reflects a more vivid and intelligent display effect that is presented to people’s eyeballs, which can greatly increase curiosity and individual experience. The emergence of interactive technology feels that it has brought more different forms of transparent led display screens in commercial displays, and there may be more unique and novel experiences on the road in the future.

“Networked control broadcast” is a development road of the combination of transparent LED display and the Internet. It uses mobile phones, PCs, computers and other ports to carry out network operations, and combines the popular QR codes, APPs and other functions to realize LED transparent screens. The joint interaction between the large screen and the audience stimulates the growth of audience interest and enhances audience participation.

At present, LED transparent screens can already be equipped with “touch technology (sensor)” to achieve direct “human screen interaction”. The current application of interactive LED floor tile screens is the most direct proof.

PrevPreviousCan the LED transparent display be customized?
NextCan I choose the LED display screen according to the dot pitch?Next
Hola LED

Advantages and disadvantages of OLED compared to traditional LCD screens Do “thin”, do “bend”. Since OLED does not require a large-area backlight layer and liquid crystal layer, it has a natural advantage over LCD in thickness and can be extremely thin, which is also in line with the current needs

With the development of the entertainment industry, LED floor tiles are used more and more in fields such as stages, concerts, exhibitions, bars, discos, shopping centers and so on. Many customers see the display effect of the LED floor tile screen, and also want to install an LED floor tile

LED floor tile screen installation method demonstration As a digital floor display product, the LED floor tile screen adopts a durable die-casting composite structure and a high wear-resistant resin mask, so that it can be directly stepped on the ground. The overall airtight design is adopted and it has obtained

What are the advantages of mini LED and OLED?

From the perspective of development history, OLED was born earlier than Mini LED, and its first-mover advantage brought not only the problem of product yield, but also the technical scalability and market share. Although Mini LED has many advantages that OLED does not have in theory, the development of OLED