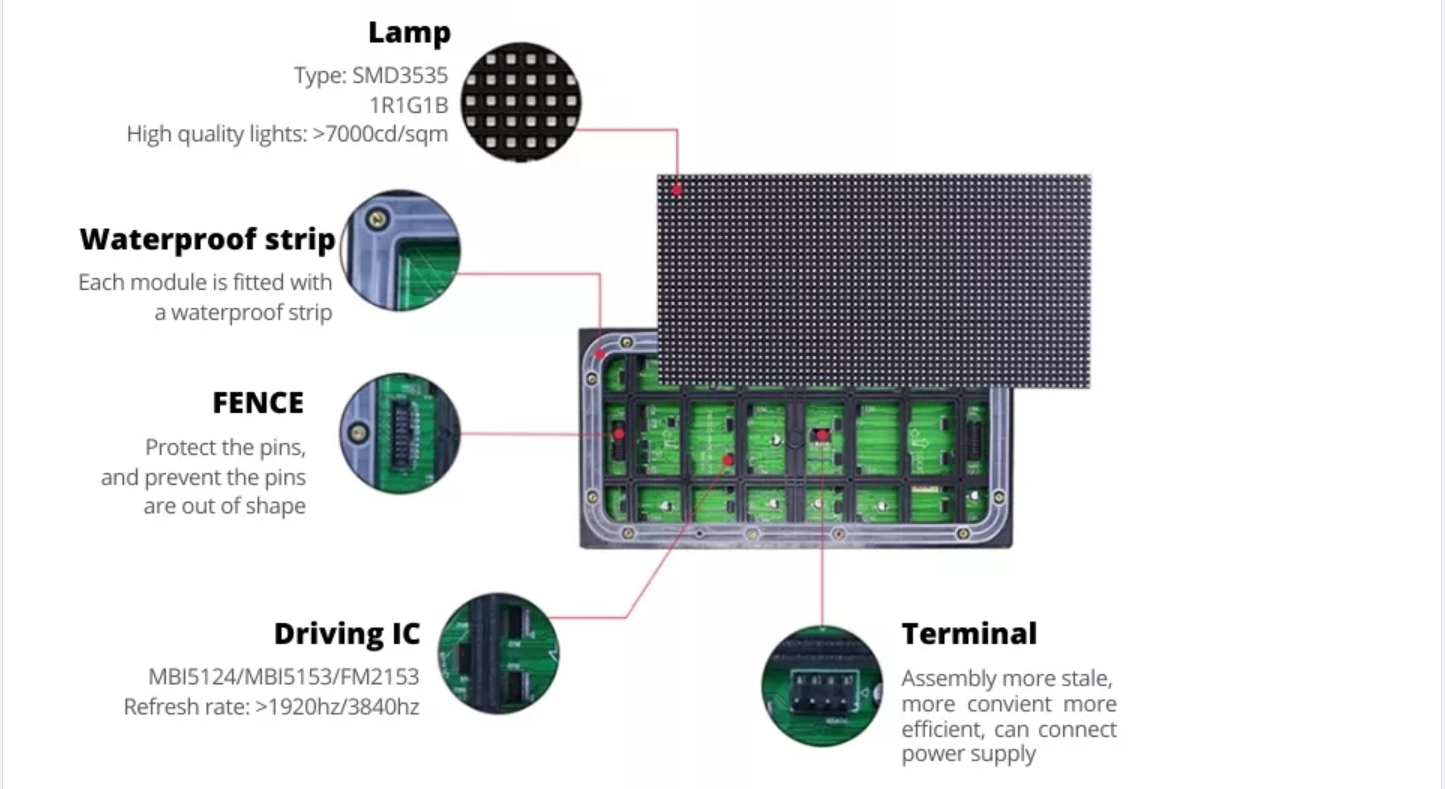 Flat or curved clear as usual 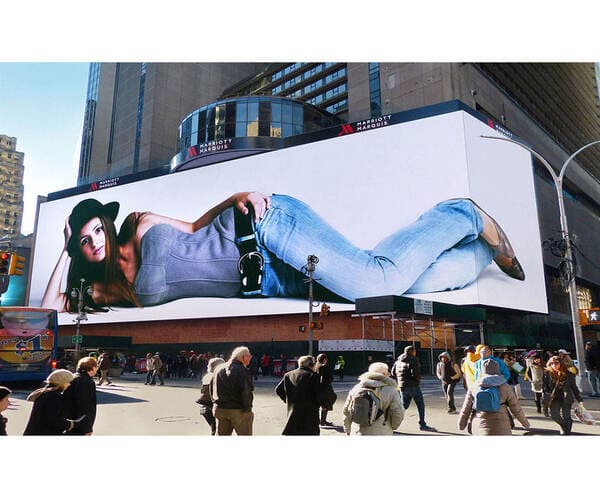 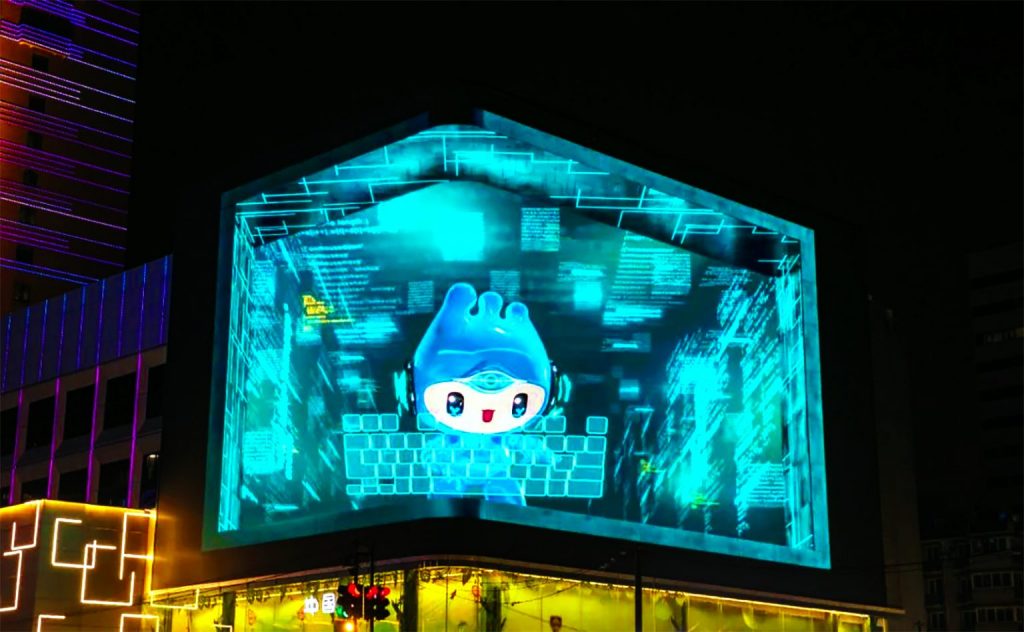 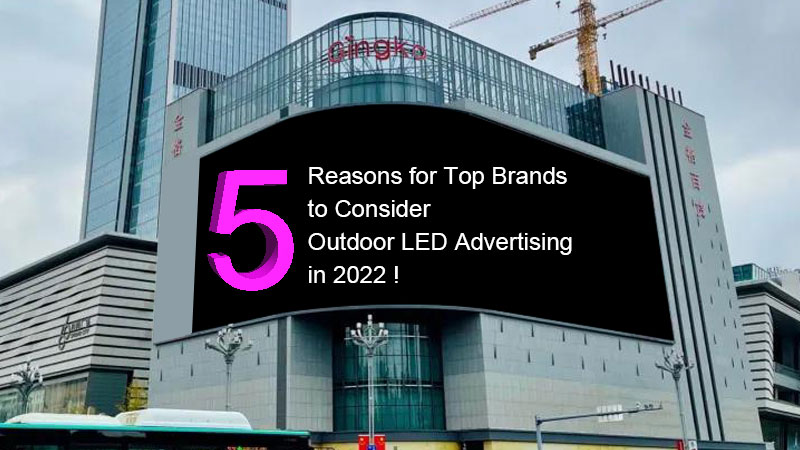 Introduction: The big screen in the city is not just a large billboard. The application of technology makes it change the interaction mode between the public and public space, and derives the urban screen culture.

In fact, since May last year, South Korea’s Wave giant wave display, Chengdu naked-eye 3D spacecraft, and Chongqing 3788 Asian Light giant screen have become popular one after another, making naked-eye 3D one of the well-deserved hot words in the outdoor media industry this year, and it has also refreshed people’s perception of it. A new understanding of naked-eye 3D display technology.

It can be seen that the 3D naked-eye technology has brought outdoor media back to the public’s sight, and brought visual shock to people with amazing display effects. When more and more application cases are produced, it means that outdoor large screens have made new progress in products and technologies, and are being further accepted by the market. Naked-eye 3D is popular online and offline, allowing you to see huge waves in the city

With the increasing application of LED outdoor large screen, people’s requirements for it are also getting higher and higher. Now people are not satisfied with simple two-dimensional flat display, but also hope to restore the three-dimensional information of the real world. Therefore, the application scheme of 3D display technology in outdoor media has become a research hotspot and direction in the industry in recent years.

In order to make the effect more realistic, the production team also installed a sound device on the screen to simulate the sound of waves hitting the glass, and adjusted the display effect according to the light. Fake. Such shocking naked-eye 3D cases are not unique to foreign countries, nor are they a minority in China. 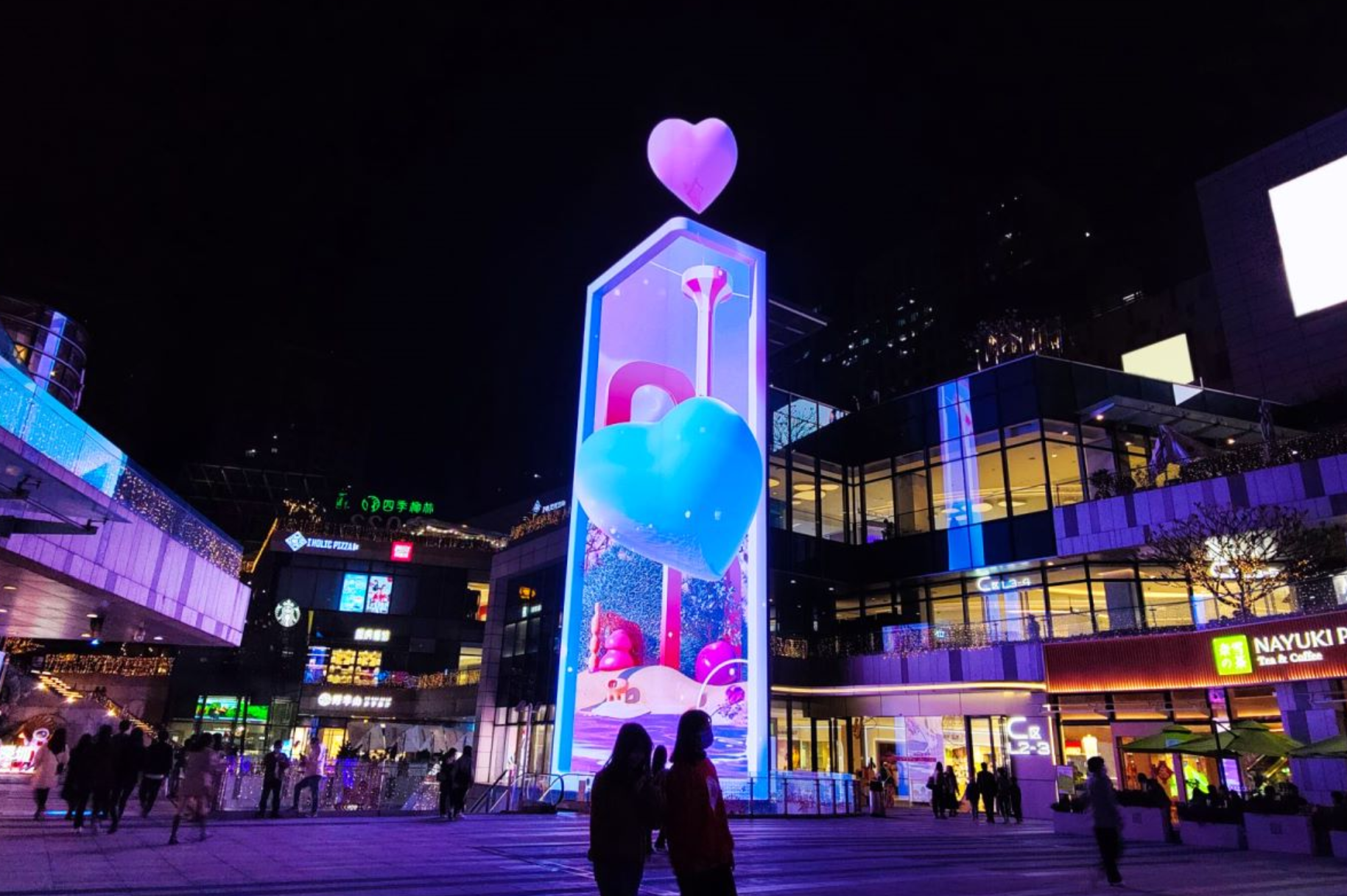 In October, the naked-eye 3D spaceship giant screen on the streets of Taikoo Li, Chengdu was shocked and lit up. The cool black technology display instantly detonated the comments from the national and even overseas media. A large number of tourists rushed to the scene to experience the ultimate visual experience brought by the big screen. Many overseas Netizens also liked China’s black technology wildly, refreshing the world’s new understanding of China’s display technology.

On the outdoor screen of “3788 Light of Asia” on Guanyinqiao Pedestrian Street in Chongqing, two stunning naked-eye 3D shows were staged in succession. The first case is based on the theme of “future city”, and spaceships and robot boxes are presented on the screen one by one.

Due to the high cost of the screen, there is no little thought for publicity. According to incomplete statistics, the data of the glasses-free 3D project has exceeded 100 million on the entire network. Official media and Weibo big V such as China News Network, China New Video , Baidu, Weibo, Zhihu, Xiaohongshu and other social media platforms have carried out many reports on it, which shows its great marketing efforts.

As soon as the 2.0 version of the naked-eye 3D content was released, its realistic stereoscopic visual effect attracted continuous cheers and amazement from the onlookers. Citizens and tourists raised their mobile phones to record this visual feast.

So, it is obviously a 2D outdoor large screen, how does it create a naked eye 3D effect?

In fact, this is not difficult to understand, because traditional 3D movies usually need to wear products based on red and blue glasses, and form a pseudo 3D effect through the superposition effect. And more advanced, it is through VR technology or its own material is around 3D, but such products are also very expensive.

Looking back at naked-eye 3D, in fact, after getting rid of the shackles of 3D glasses, it can also improve the visual effect and experience of 3D viewing. Although strictly speaking, it has not reached the 3D effect, but it is enough to shock us.

The reason why such a stereoscopic effect occurs is because the visual displacement is used to “deceive” the optic nerve. The distance between the human eyes is about 6cm, which means that when you are looking at an object, your two eyes are looking at the left and right viewpoints.

The creative team of D’strict, who set off “monstrous waves” on the streets of Seoul, said that some of the techniques used can be traced back to the “transformation” principle proposed during the Renaissance. In other words, it’s a distorted projection or perspective, and when viewed from a certain angle, people are struck by the clever design and composition.

The representative cases mentioned above are precisely under the blessing of naked-eye 3D technology, viewers can see a spatial and three-dimensional picture without the aid of 3D glasses and other auxiliary equipment, producing a strong visual impact.

Mr. Lan, a senior engineer of JYLED, interprets the naked-eye 3D on the outdoor large screen in an interview. He pointed out that in terms of hardware, naked-eye 3D LED displays pay more attention to high refresh, high grayscale, high dynamic contrast, and smooth transition between curved surfaces and corners than traditional products.

In recent years, in addition to the improvement of software and hardware cooperation, the improvement of the production level of materials has also played a major role. At present, the production of videos is polished according to the requirements of high-quality products. In addition, the artistic structure of the structure also makes it no longer limited to the traditional flat screen, and has more imagination space.

In fact, in addition to outdoor large screens, the application of naked-eye 3D has also extended to various outdoor media.

At the beginning of February this year, Hong Kong-based Matrix Sense developed a 3D artificial intelligence language customer service system based on the company’s flagship product, the 3D aerial image system, to see the unmanned demand for inquiries and services in public places during the epidemic. It was put into operation at Kai Tak Station of the Hong Kong MTR Tuen Ma Line on Valentine’s Day, February 14.

As early as Christmas in 2018, Pandora’s Hong Kong store adopted a 3D holographic projection system to display new Christmas products, attracting a 40% year-on-year increase in the flow of people who stopped to watch the display or enter the store.

It can be seen that with the development of technology, outdoor media has more and more creative forms of expression, and can also directly communicate with consumers, helping advertisers to fully display brand characteristics and advantages.

Scholar L. Wallace predicted in a 2003 article that the future of cities would evolve into a “screenworld”. He pointed out that people will live surrounded by screens, and the space we live in has also become a “media space”, and people interact with the world through media such as screens.

According to the “2019-2025 China Outdoor Electronic Screen Advertising Market Operation Situation and Future Development Trend Report” by Zhiyan Consulting Group, the scale of China’s outdoor electronic screen reached 13.102 billion yuan in 2016, an increase of 11% over 2015, while the large LED The size of the electronic screen market was 2.354 billion yuan, a year-on-year increase of 13%. Under the trend of new retail formats, the market of outdoor advertising media continues to rise.

With the development of display technology, the screen has improved not only the picture quality and size, just like the touch screen of the smart phone has completely changed the interaction mode between the user and the mobile phone, the outdoor large screen is not only a one-way display display, starting Have more interaction with the public.

As mentioned above, d’strict, which set off a “big wave” on the streets of Seoul, once made a special large screen for the SLS Hotel in Las Vegas in 2014, which can be used by customers with AR, VR and other technologies. interactive.

In addition to the large-scale shopping mall “Shibuya MODI” in Shibuya, Japan, there is also a large screen “Sony Vision Shibuya” made by Sony. A 4K camera above the screen captures the movements of pedestrians in real time, so that pedestrians can interact with the screen. interact with animated characters.

Midea, a well-known domestic electrical appliance brand, also launched “human-screen interaction” on the big screen of Guangzhou Wanlinghui. On the big screen, a girl is sullen because of the hot weather, and passersby can scan the QR code on the big screen to help make Midea’s circulating fan “move”. The more people who help, the stronger the wind, and the picture changes accordingly: the girl’s hair is flying, her expression has changed from sullen to happy, and the city is full of cool breezes.

Among many types of outdoor media, the more interactive outdoor advertising is, the easier it is for people to have the idea of ​​sharing. Such outdoor advertising can not only transmit information to users, but also take advantage of the rich outdoor venues where they are located to actively attract audiences to participate. Come in, the audience spontaneously spreads in the process of participation, and receives advertising information through an entertaining experience.

Consumers interact with the smart screen, on the one hand, it can make the interactive effect more intuitive, and consumers can experience better visual effects; on the other hand, it also highlights the unique value of outdoor media from the side.

As Chen Jinrong, Dean of the School of Journalism and Communication at the Chinese University of Hong Kong, said, urban public screens are becoming a connecting point to connect and expand individual public experience and awareness.

Summary: When the outdoor large screen becomes the most prominent visual feature of contemporary cities, it can not only be a showcase for consumerism and popular culture, but also provide a stage for public discussion and artistic expression. With the gradual maturity of technology, outdoor media will have richer interpretation methods, which will lead to opportunities for rebound.